Have you ever become so enamored with a fictional love interest that it makes you want to climb inside the story, side step the heroine and start your very own whirlwind affair?

Kitaab brings to you characters that leap right out of the pages to be a part of our literary lustiness.

1.Augustus ‘Gus’ Waters- The Fault in our Stars by John Green 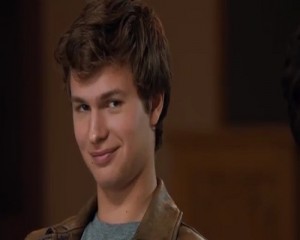 Cue to tears and a complementary box of tissues. Who can resist a character that goes around sprouting lines of this sort? From the moment Gus enters the storyline, we know he’s going to nestle into our heart and instantly, be worth the pain because it was a privilege to have our hearts broken by him. 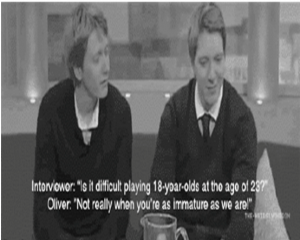 Fred: “With the whole wide world of ear-related humor, you go for ‘I’m holey.’ Pathetic.”

Even though I’m not a Potterhead (yes, I can feel your judgment through the screen) the Weasley brothers always made reading the series much more fun. They were the comic relief in the darkest of situations even going to the extent of repeatedly throwing snowballs at Voldemort’s face, albeit unknowingly. That totally calls for respect!  Their saucy attitude, ginger locks and sexy winks remain unparalleled till date. And when J K Rowling decided to kill off one half of the brothers she took away one half of our heart too. 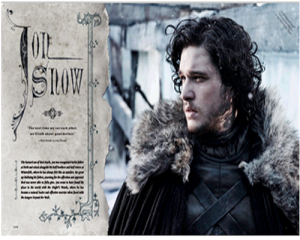 Arya: I know which end to use.

Jon: I’m going to miss you.

Game of Thrones is perhaps the most intriguing series that has our interest till the very last full stop of the book. Jon Snow is a favorite because he’s an outsider, a bastard and an underdog with no one better to shower him with adulation than us. He is perhaps the “purest” character in the GoT series and proves that he is perhaps the only character who retains anything like an honorable nature when he declines Stannis’ offer to take a pureblood title and become Lord of Winterfell. 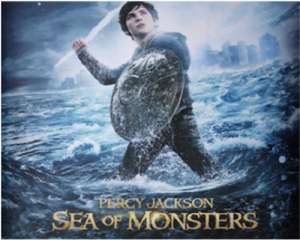 “Afterward, I had the last laugh. I made an air bubble at the bottom of the lake. Our friends kept waiting for us to come up, but hey-when you are the son of Poseidon, you don’t have to hurry. And it was pretty much the best underwater kiss of all time.”

After a long and arduous battle with a fellow PJ fan we finally agreed that Percy is more lovable than the dark mysterious Nico Di Angelo. Percy is the main character of the series and the son of Posiedon but never once does he brag about it. He’s a character with a sense of humor even at the most intense moments of the series like when he is battling Kronos. He has amazing powers like conjuring his very own hurricane or creating an underwater bubble. This was one series where I actually wanted to plant myself in place of Annabeth Chase because he is just irresistable!

5. Gerry Clark- P.S I Love You by Cecelia Ahern 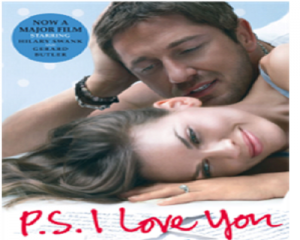 “Shoot for the moon, even if you fail, you’ll land among the stars.”

Gerry is a character that makes you fuzzy and warm on the inside because he is a guy who knows what we women mean when we say that the smallest things are the ones that matter the most. He is the one who makes you fall in love long after he is gone, etching a place in your hearts and making you realize that you don’t have to be physically present to make someone fall in love with you. Gerry makes a lasting impact on us, bringing tears to our eyes when we think about him and teaching us that we haven’t lost everything, if we haven’t lost hope. 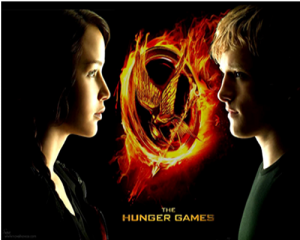 “With my paint box at home, I can make every color imaginable. Pink. As pale as a baby’s skin. Or as deep as rhubarb. Green like spring grass. Blue that shimmers like ice on water. I haven’t figured out a rainbow yet. They come so quickly and leave so soon.”

Okay to begin with two words about Peeta that should be enough to make you love him: He bakes. How many times have we wished that we would find a guy who loves to cook? Not just that; he’s witty, kind and an artist, which makes him the kind of sensitive guy who makes us all swoon. He likes to keep real and hass a smile that seems just so genuinely sweet with just the right touch of shyness that makes warmth run through me.

7. Charlie- The Perks of Being a Wallflower by Stephen Chbosky 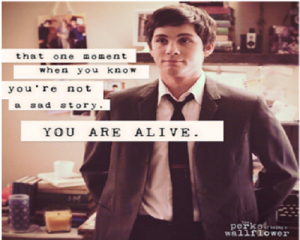 “So, this is my life. And I want you to know that I am both happy and sad and I’m still trying to figure out how that could be.”

Charlie is shy and caring but not to mention awkward. He’s introduced to us as a loner and we watch him grow through the course of the book to the point where he finds a girl who loves him for who he is. He is a thoughtful guy, and this leads him to both good and bad places. He silently observes things from the sidelines and tries to understand the “normal” people. He is the wallflower who makes our heart ache with longing, for he is the one who taught us that we accept the love we think we deserve. 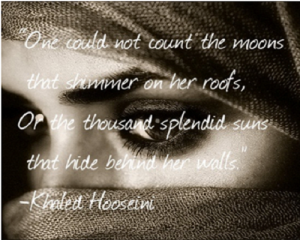 “Maybe it is senseless to want to be near a person so badly in a country where bullets had shredded her won brother to pieces. But all Laila had to do is picture Tariq going at Khadim with his leg and then nothing in the world seems more sensible to her.”

If there is ever The Bachelor: Kabul, then I would like to formally nominate Tariq for the role. Tariq is the one-legged Romeo, the Ryan Gosling of Afghanistan, the hunk to end all hunks. Rasheed even refers to him as “Manjoon,” which is a reference to the Arabic equivalent to Romeo and Juliet. Okay sorry, I may have gone a little overboard but that certainly is how Laila thinks of him. He isn’t perfect but he doesn’t let his bad experiences define him and emerges unscathed on the brighter side of things, which is enough for us to love him. 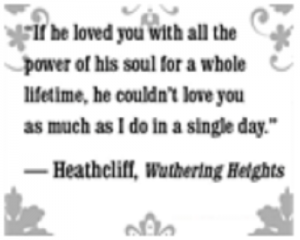 Heathcliff; the brooding mysterious man. Where have I come across this earlier? Oh right. Christian Grey and Edward Cullen. But while those two lie on the far lower end of the spectrum, Heathcliff lies on the higher end of it. He’s vindictive, dark, twisted and an introvert but what makes me love him is his love for Cathy, which is as pure as his soul is black. 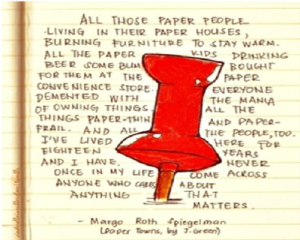 Quentin, or Q, takes you with him on his journey of self discovery. He changes from the guy who has been playing safe all his life to finally finding something that’s worth taking risks for. He makes my heart beat faster in my chest, which is the way it should be for the rest of my life. Everyone gets a miracle; mine was coming across this book.