Chaubattakhal: The turn up of students was really low on the first day. However, the ones who showed up were excited for the next 10 days. 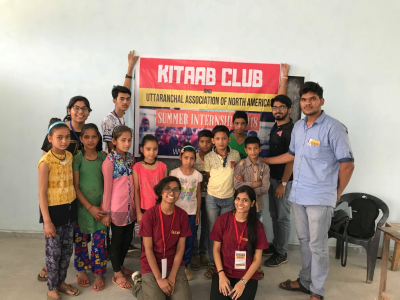 Devrajkhal: Kids were waiting and were excited to see us. It was a fun filled meet and greet day. 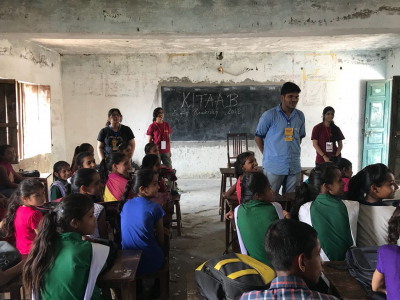 Reading, writing and comprehension (referred to as RWC) in both English and Hindi were selected as marker.

Three members level graded in each school while the other three engaged the remaining students in some activities.

We asked the students to write their names in both Hindi and English. Then we proceeded to ask them to read the text, and write simple statements to understand their level of comprehension and reception. We allocated them into their respective levels. Their classes were also noted, but it was seen that class wasn’t definitive of their level determined by us.

After day 2 , students of both schools were merged and combined session was held at Devrajkhal school. This was done to create a sense of involvement and increase interaction amongst students. Also, it substantially increased (doubled) our session time for all the students.

The local coordinators helped us bring the students from Chaubattakhal to Devrajkhal School.

This table is as per the students graded on the second day. During the course more students kept coming, they were level graded and sent to respective groups. 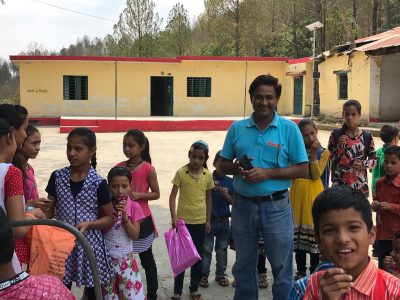 Students had to walk randomly with speed on the scale of 1- 10 but the condition was that they   they had to instantly change their direction after every two steps. When we said “STOP”, they had to stop in their places and make conversation with the student closest to them. Students from different schools could start talking this way.

The students were given complicated sentences that they had to say in the ear of the student next to them. This message was passed on in a circle and the last person said the message out loud. This was compared to the sentence initially said. We took this opportunity to stress how rumors spread and that we shouldn’t believe everything we hear.

The chasers sat in a line with one piece of paper which mentioned “2 fruits”, “2 animals”, “2 colours”, etc. Every time one chaser passed his turn to another, before sitting down, he/she had to answer whatever was written on that paper.

A cross and knot (tic-tac-toe) board was drawn on the floor. Each of the nine blocks had simple activities to be done. The kids were divided into two teams. One-one student from each team had to go and place their coloured piece of paper at one place and do the activity or answer the question in the block that they placed their paper

The moderator stands in the centre and calls a letter. Everyone who has that letter in their name takes a step forward. Then these students are asked one or two names, places, animals or things from these letters. Whoever took 6 steps in the direction of the moderator, had to run back to their initial position while the moderator chased him/her.

Green Light – alphabet of your name? 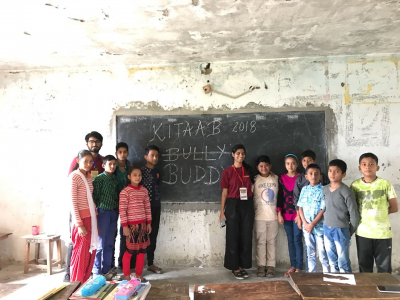 LEVEL 4: INPUTS BY SAMBHAV AND SHEETAL

LEVEL 3: INPUTS by JATIN and MANSI 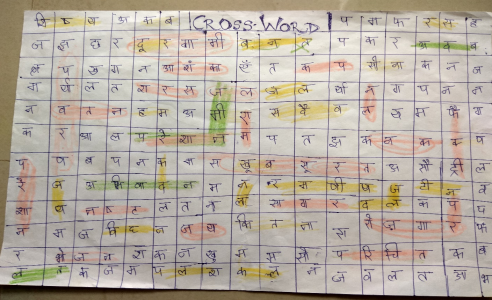 Students were made to write anonymous confessions to any friend or family member that they wanted to apologize or thank, but could not, for whatever reason. All the confessions were collected shuffled and read aloud. At the end of each confession, on being prompted 1-2-3, all of them shouted “LOVE”.

The kids really enjoyed this session.

B U _ _ Y was written on the board and then we introduced them to the word ‘Bully’ and ‘Buddy ‘After explaining, they started giving examples from their lives where they dealt with bullies.

We mentioned how to deal with bullies, and also should help our friends who are getting bullied, by seeking help from someone elder to us. We had made Buddy bands, on which Bully was struck off. Then, by ‘Shoot’, we randomly selected two-two students at a time to tie Buddy bands to each other and fist bump each other.

Buddy emerged to be the ‘word of the Readership Program.’ 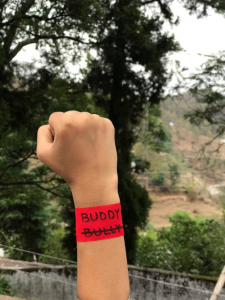 Concept of Buddy and Bully introduced

The concept of bio-diversity and ecosystems was introduced and they were explained the importance of conserving different eco-systems. A water reservoir was being dug up in Chaubattakhal the following day, so we discussed the concept of Rainwater Harvesting. Educational videos were shown through which various ways of rainwater harvesting were taught. Students were asked to reflect and try to conserve water at personal level.

Students were introduced to the concept of discipline and how there’s a particular discipline associated with everything.

We are equal: Pairs were made, mostly girl-boy pairs, and they were told to write “EQUAL” on a piece of paper, maximum they could in two minutes. Of the winning group, the boy was given one chocolate and the girl, two. When they objected, we used this opportunity to introduce the unfairness of wage gap and other forms of gender inequality.

If I were a boy/girl: We asked the kids to share how they feel the world would have treated them if they were of the opposite gender.

This session was extremely important because gender bias was very much evident in the school.

It was an informal session filled with love and tears. Kabbadi followed by Antakshari was played. Kids sang and danced. Personalized session was done wherein kids could ask us questions, tell us feedback or just shower love. We gave each kid a title and a personal note.

Lots of letters, flowers, and gifts were given to the teachers. Kids crying and their messages addressing us as their brothers and sisters spoke volumes of the bond we built in 10 days. 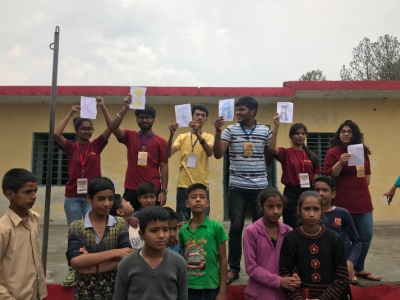 Note from the Project Managers

The turn up of students was quite low due to the vacations. 6 volunteers and just 60 kids! However, the silver lining was that more and more kids came as the days passed. Kids who had come from Delhi, Kotdwar to spend their holidays also came to attend the sessions along with their friends in the village.

Efforts by the school authorities have to be made for maximum attendance at least on the very first day of the readership program.

Every child was unique in their own way. They all have great potential if given enough opportunities. Kitaab had this readership in Chaubattakhal for the second time and we could sense great improvement in some kids. The love for reading was evident when the children asked us if we are leaving books for them

Children were even enthusiastic about reading book post sessions but the lack of library facilities causes great problems sometimes. We tried hard enough to infuse the library system to the staffs which they assured us about. More stringent steps needs to be taken in the proper allocation of the resources. In the coming future, we must look for proper ways that can help these kids to continue reading and practice whatever they learn after the readership program ends.

Local guides and school staffs are encouraging and supportive enough to expect great results here. The kids are fast learners and do not fail to amaze us.

“Then an intern, now a manager, I realize I can teach kids all through my life!  I learnt more than I taught during these 10 days. It was a fulfilling experience for all .The managers loved it, the interns loved it and the kids loved it too. Thanks to Kitaab!” – SHEETAL DHAMECHA (Project Manager)

“This one year of experience in Kitaab is probably the only time where I was so satisfied with myself and with life. This was the time I would want to call ‘ happiness’. I realized how privileged I am and how great potential do these kids have.” – KHUSHI SINHA (Project Manager) 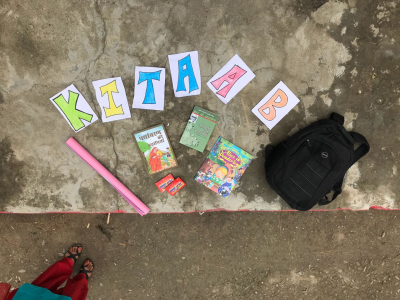 For the love of Reading! Team Chaubattakhal – Summer 2018