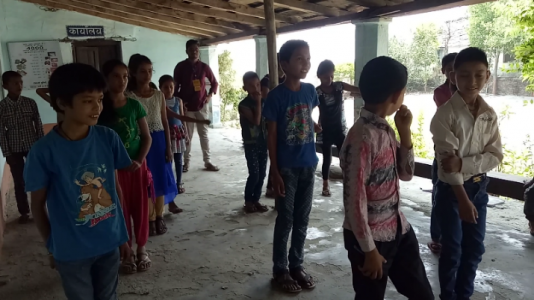 3. Played other games like ‘Aankh Micholi’. The children started to play brain games and solving puzzles by themselves.
Day 2
1. Classes assigned to the interns and did Level Grading.
2. Story-telling and English and Hindi Dictation.
3. Complete the picture and Story enactment.
4. Beginning with the word of the day activity. (The kids from now were made to memorize one or two English words per day)

Day 3
1. Began teaching through textbooks.
2. Learning names of animals which was followed by a session on states and capitals.
3. Played outdoor games, like Dog and the Bone, etc.
Day 4
1. Basic mathematics like sums on addition and multiplication for younger kids.
2. Word formation and other variants of the activity.
Day 5
1. Ascending and descending orders, counting techniques and learning tables.
2. Making children understand symmetry and mirror images.
3. Detailed introduction of nouns and playing with jumbled words
4. Rhyming game and introduction to homophones.
Day 6
1. Conduction of a library introduction workshop.
2. Introduction to verbs through tic-tac-toe. 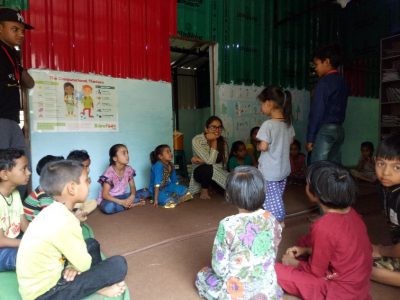 Day 7
1. Movie screening (Kung Fu Panda)
2. Activities based on the movie screened. Exercises like picture interpretation, alternate endings, character sketches and ‘what would you do’ exercises. (discussion based)
Day 8
1. Session on Gender Sensitization and Women Empowerment.
2. Introduction to geometric shapes. Activity in which children had to draw animals through shapes.
Day 9
1. Competitions in academics and sports.
2. The children made a sketch on Rainy day.
Day 10
1. Rally for spreading awareness about the library and education in general.
2. Cultural Program, prize distribution.
3. Library Inauguration followed by closing session. 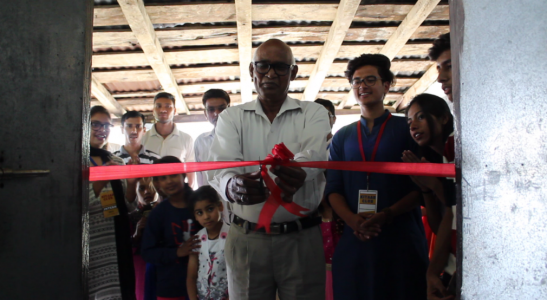 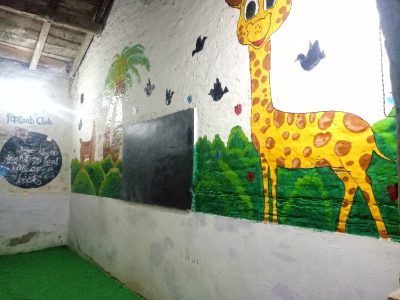 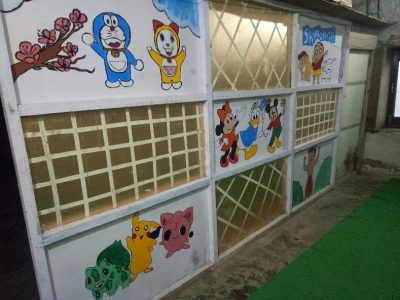 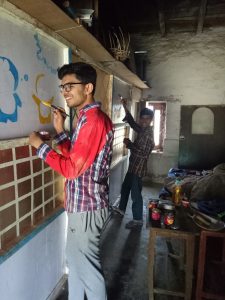 Day 5
1. Use of Globe and revision of concepts already done.
Day 6
1. Library workshop was convened for the imminent opening of the library.
2. Activities relating to the issuing of books from a library.
Day 7
1. Movie Screening (Nil Batte Sannata – To highlight the importance of education despite hard circumstances and its sweet fruit)
2. Activities based on the movie screened. Exercises like picture interpretation, alternate endings, character sketches and ‘what would you do’ exercises. (discussion based)
Day 8
1. Enactment of short skit to make children aware of gender issues and equality therein.
2. Talk on Women Empowerment.
Day 9
1. An academics and sports test cum activity for students.
Day 10
1. Rally for spreading awareness about the library and education in general.
2. Cultural Program, prize distribution.
3. Library Inauguration followed by closing session. 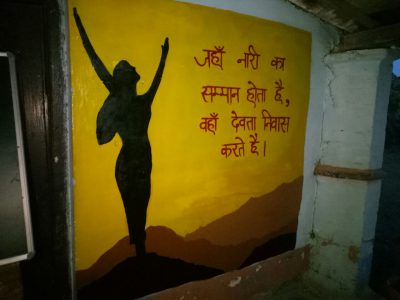 Made a wall painting to bring home the point

Government School –
Mukti: 6th 10 Students
Anuj & Priyanka: 7th 7 Students
Kartik & Pritika: 8th 11 Students
Day 1 (29th May)
The workshop commenced on 29th of May. The very first day of the interns meeting with the kids went down very well. Unaware of the timings the children of both schools came at the same time so the interns had to be divided to handle the situation. The kids of primary section were asked to give basic introduction by playing a simple game. They were made to sit in a circle and a paper ball was given to one of the children. He/she had to come to the centre and state five points about themselves, thereafter had to pass the ball to some other child, who then introduced himself.
The kids of the Government Inter College (GIC) were divided into two groups. One of the groups after general icebreaking was made to play “Red Letter Game” and the other group had its icebreaking in an interesting manner. Two good friends were asked to come in the front and instead of introducing themselves had to say five things about each other, which were later verified by the companion.
After the icebreaking session the interns were allocated respective classes that they had to deal with. Subsequent meetings were held to discuss important issues like Level Grading, Personalised Attention to students or the workshops that had to be conducted like the library introduction, Gender Sensitisation and Movie Screening, etc. 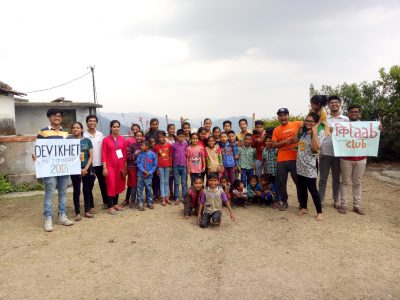 Day 3 (31st May)
Interns begin working on the prescribed textbooks. Inspection of the kids, the problems they face coming to school and playing some games.
Day 4 (1st June)
Due to heavy rainfall in the morning the turnout of the children is quite low so the classes are clubbed together and Map introduction is done. The place for setting up the Library is allotted and library designers begin their work.

Day 5 (2nd June)
Due to poor weather conditions the strength of the children still suffers but the workshop continues.
Day 6 (3rd June)
The children are introduced to the concept of a library through a library introduction session and later in the day Kitaab interns visit nearby villages to invite children for further workshops.

Day 7 (4th June)
Movie Screening and other activities. Saw a good turnout of students.
Day 8 (5th June)
The interns found out that there was biasing going on among the students. So acted out a skit demonstrating women empowerment in front of the kids.`
Day 9 (6th June)
Competitions were held in both academics and sports sector. Library designing completed for the inauguration on the following day. 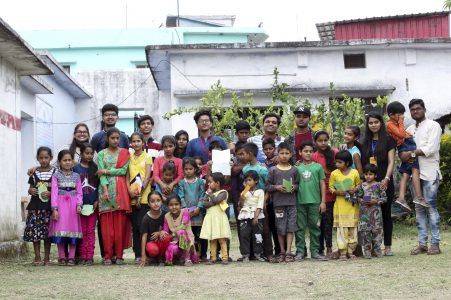 Note from Managers:
It was observed that there was communication lapse between the school and the students. Some of the students from nearby villages were not even aware of the Summer Camp being organized. They only knew it from the fact that it had already been organized in the last years but were not sure about the exact date and time of this year’s program. From a survey conducted it was observed that most of the parents in the village were quite willing to send their children to Kitaab’s Summer Readership Program. It should be kept in mind from next year to conduct an awareness drive about the camp in the nearby villages on the very first day.
The weather conditions played a spoilsport and the monsoons arriving caused a major hurdle in this year’s program. Also, water was literally scarce. Had to fetch water in the morning.
The idea of English worksheets failed. The worksheets need to be in Hindi for the children to comprehend and solve them.
The students of 6th and 7th standard in the GIC are very bright and talented. If worked upon they can excel in various fields.
In all, the children are quite willing to study and very keen on learning new things. They have lot of potential and benefit a lot from Kitaab’s Readership program. 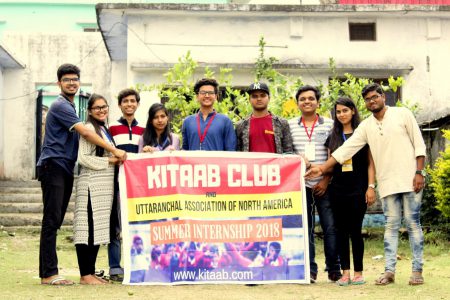